January 1, 2022 – SACRAMENTO, CA – On California Arts Council the elected members Lilia Gonzáles-Chávez and Consuelo Montoya to assume the presidency and vice-presidency respectively of the Council, in a public meeting held virtually on Tuesday 2 December.

Longtime Fresno County arts advocate, Chavez was appointed to the California Arts Council by Gov. Gavin Newsom in February 2020. As of January 1, 2021, Chavez served as vice chairman of the board, before being elected chairman. during a special election organized. in April 2021. His term expires on January 1, 2024. Chavez succeeds Larry Baza, who served as Chairman of the Board from January 2021 until his death at the end of February.

Montoya was appointed to the California Arts Council by Assembly President Anthony Rendon in March 2020. She is an artist, educator and cultural producer specializing in community engagement strategies. His mandate expires in 2024.

At the December meeting, Board members thanked former Board Chair Donn Harris and former Vice-Chair Kathleen Gallegos for their leadership and service to the Board as their terms came to an end.

Lilia Gonzales-Chavez is from Fresno County, where she has been an active advocate for the arts for over 40 years. She served on the Fresno board of directors Art Museum and the Board of Trustees of the Fresno Arts Council before being appointed Executive Director in August 2011. In 2016, she was appointed to the Board of Trustees of the State Summer School for the Arts by Governor Jerry Brown and has was reappointed in 2018. She is an entertainer with over 30 years of teaching and performing folklórico ballet. She has worked in the fields of education and the arts, first as a teacher and later in management and leadership positions in public and non-profit organizations.

As Executive Director of the Fresno Arts Council, she led the organization to provide artistic services in the state prison system and the local jail. Under his leadership, the Fresno Arts Council increased its outreach to rural communities with a Rural Outreach Fund designated to support the transportation of artists and the public to and from rural Fresno County, established a training program for teaching artists to increase the participation of local artists in schools, and is credited with establishing the Fresno Poet Laureate program.

Chavez is the co-founder of Arte Américas, the Latin American cultural center in Fresno, and was its chief administrator for 10 years. Known for her work with underserved residents, she received the Judge Armando Rodriguez Legacy Award for Social Justice and Access to the Arts in 2018.

Consuelo (Chelo) Montoya is an artist, educator and cultural producer specializing in community engagement strategies. She is assistant vice-president of 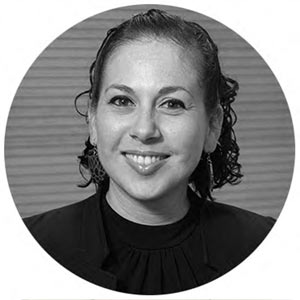 Adult Education and Public Programs at the Los Angeles County Museum of Art where she oversees music, film, educational and public programming. She previously served as Director of Education and Public Programs at the California African American Museum. Under his leadership, she contributed to the exponential growth in museum attendance through a dynamic offering of public programs. Her annual Radical Self Care series received national recognition from the American Alliance of Museums in its Trends Watch 2019 publication. She was the founding administrator and faculty member of the Masters of Public Practice program at the Otis College of Art and Design, where she helped develop the program over the course of a decade.

Chelo received his undergraduate degree in Fine Arts from the University of California, Santa Cruz. Her MA in Public Art Studies from the University of Southern California focused on arts administration and community arts. She obtained a second master’s degree, an MFA in graphic design at the Otis College of Art and Design, with much of her work devoted to water issues and climate change. His creative practice is drawn largely from his childhood in a rural community in the Central Valley of California. She has been extensively involved in working with local artists to produce the SELA Arts Festival at LA River in Southeast Los Angeles since its inaugural year in 2018. Chelo also serves on the Executive Committee of the Vincent Price Board of Directors. Art Museum.